(COLUMBUS, Ohio) – What if your car could tell you when the road ahead is icy or the driver three vehicles ahead of you suddenly hit their brakes? It seems futuristic, but the technology is already a reality in Ohio. The largest-ever research project into connected vehicle technology is shaping the future of transportation nationwide. It allows vehicles, traffic lights, crosswalks and other infrastructure to communicate, making the roads safer and smarter.

“We’re able to warn drivers before they enter an intersection if there’s a car coming that’s going to run the red light, or there’s an emergency vehicle approaching, or there’s a pedestrian on the sidewalk where you’re about to make a right turn,” said Jim Barna, executive director of DriveOhio. “This technology is going to disrupt transportation for the better like we haven’t seen since the creation in the interstate system.”
The project is a collaboration between DriveOhio, an initiative of the Ohio Department of Transportation dedicated to developing and testing smart mobility innovations, local partners and Honda, which has manufacturing and research facilities near Marysville and recently demonstrated their smart intersection technology in the city. It includes a 35-mile stretch of highway as well as the entire city of Marysville, where all 27 traffic lights and 1,200 vehicles will be upgraded with connected technology.

“That’s about 10 percent of the traffic here, making it the highest concentration of connected vehicles in the country,” said Mike Andrako, Marysville public services director. “That’s important because it shows us how the technology will work when it’s is rolled out to more cars and larger cities across the U.S.”

In cities where the commute is a daily struggle for thousands of people, the smart system can make a huge impact. Data from each vehicle is completely anonymous, but the information will help traffic management centers make adjustments like retiming traffic lights, opening the shoulder to traffic or adjusting speed limits in order to alleviate congestion. Experts say the pilot project will make implementing the technology nationwide faster and easier in the near future. 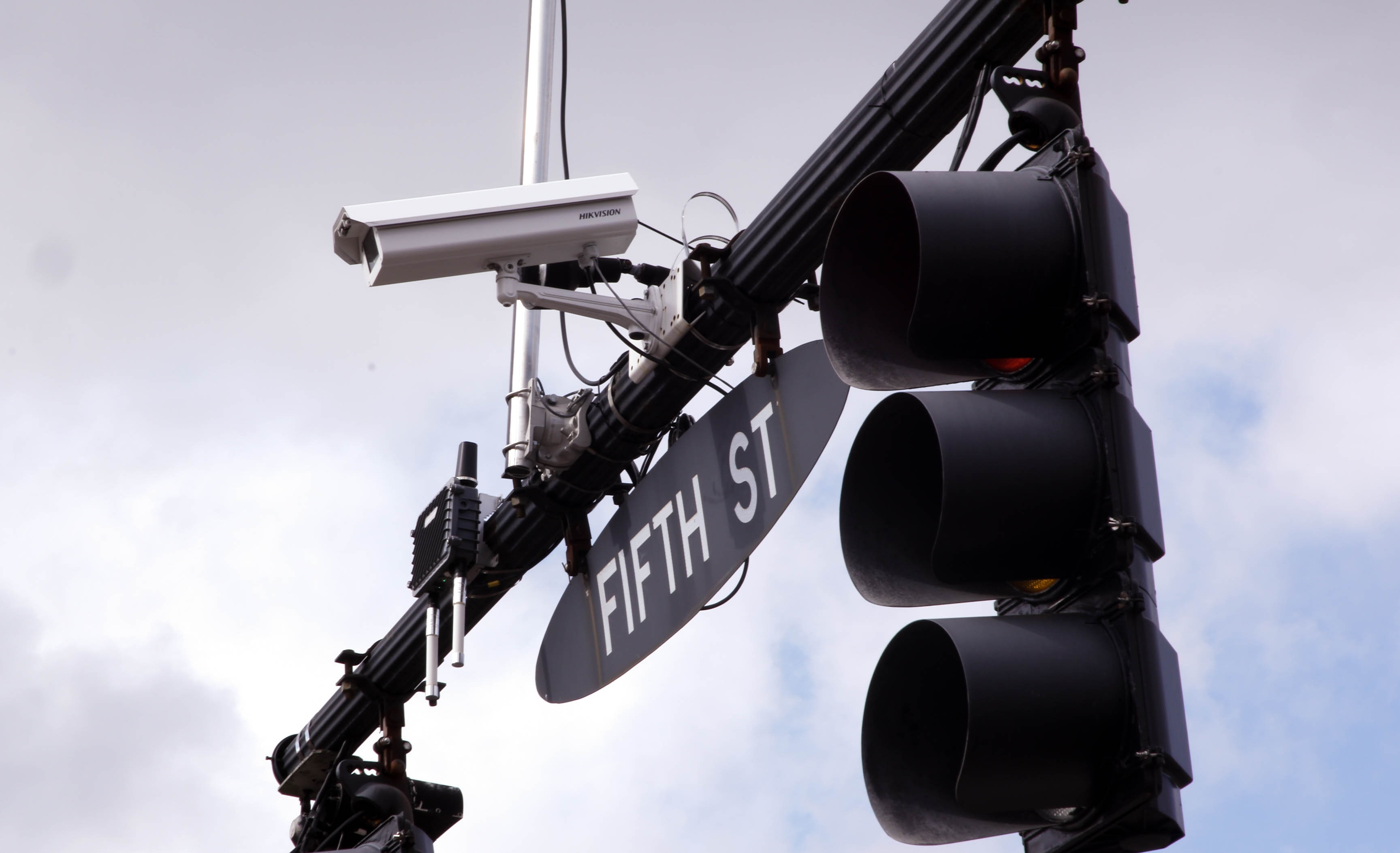 Connected technology installed on a traffic light in Marysville, Ohio communicates with connected vehicles as they approach. The technology can warn drivers about hazards ahead as well as feed information to traffic management centers, allowing officials to make adjustments to alleviate congestion. 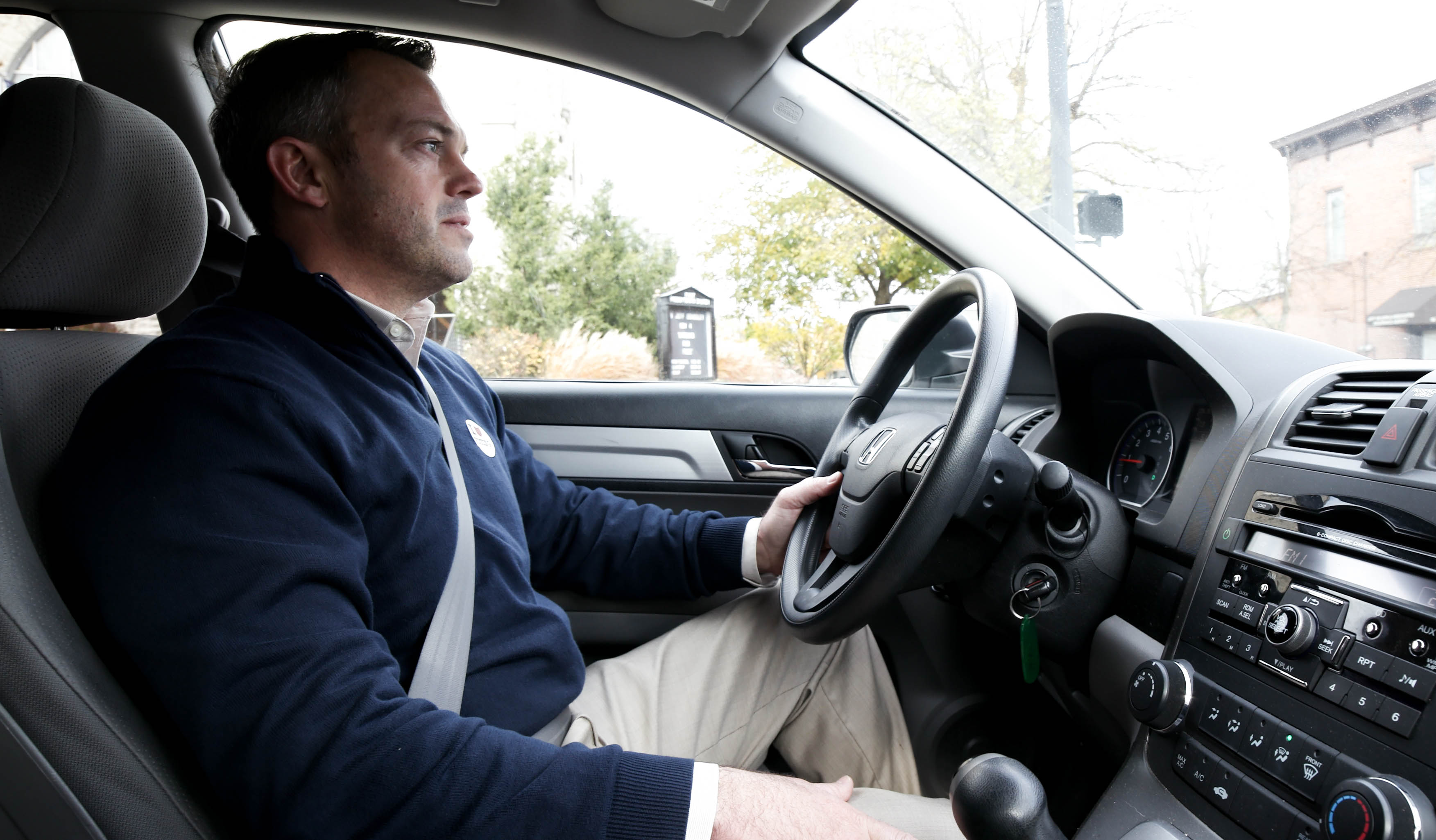 Marysville public service director, Mike Andrako, drives a connected vehicle through town. A simple installation can connect almost any car on the road to a network that allows it to communicate with traffic signals, crosswalks and other connected vehicles. The technology generates real-time alerts on what lies ahead, making the roads safer and smarter. 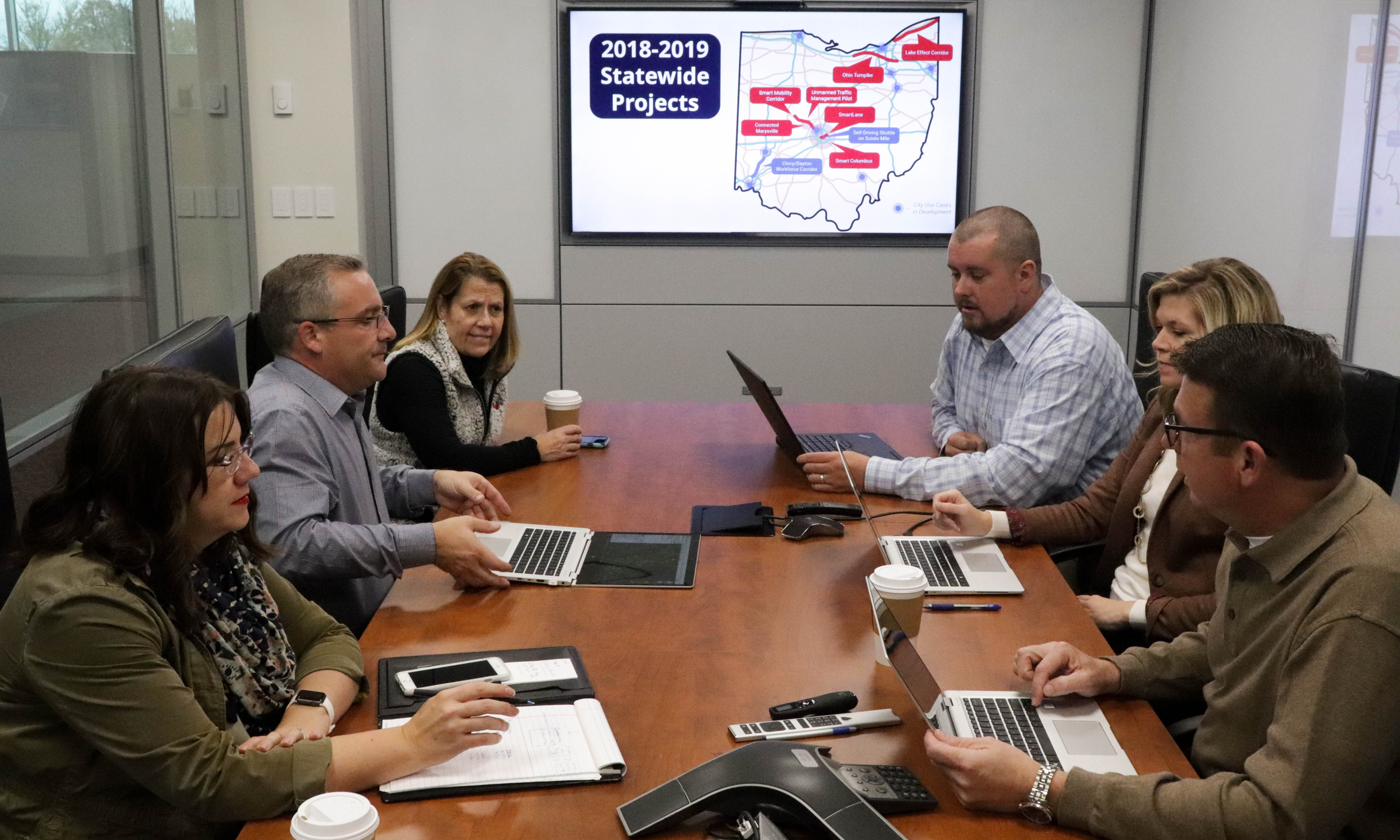 DriveOhio is conducting the largest-ever research study into connected vehicle technology. Data collected along a 35-mile stretch of high-tech roadway will serve as a test ground for the future of transportation in America. 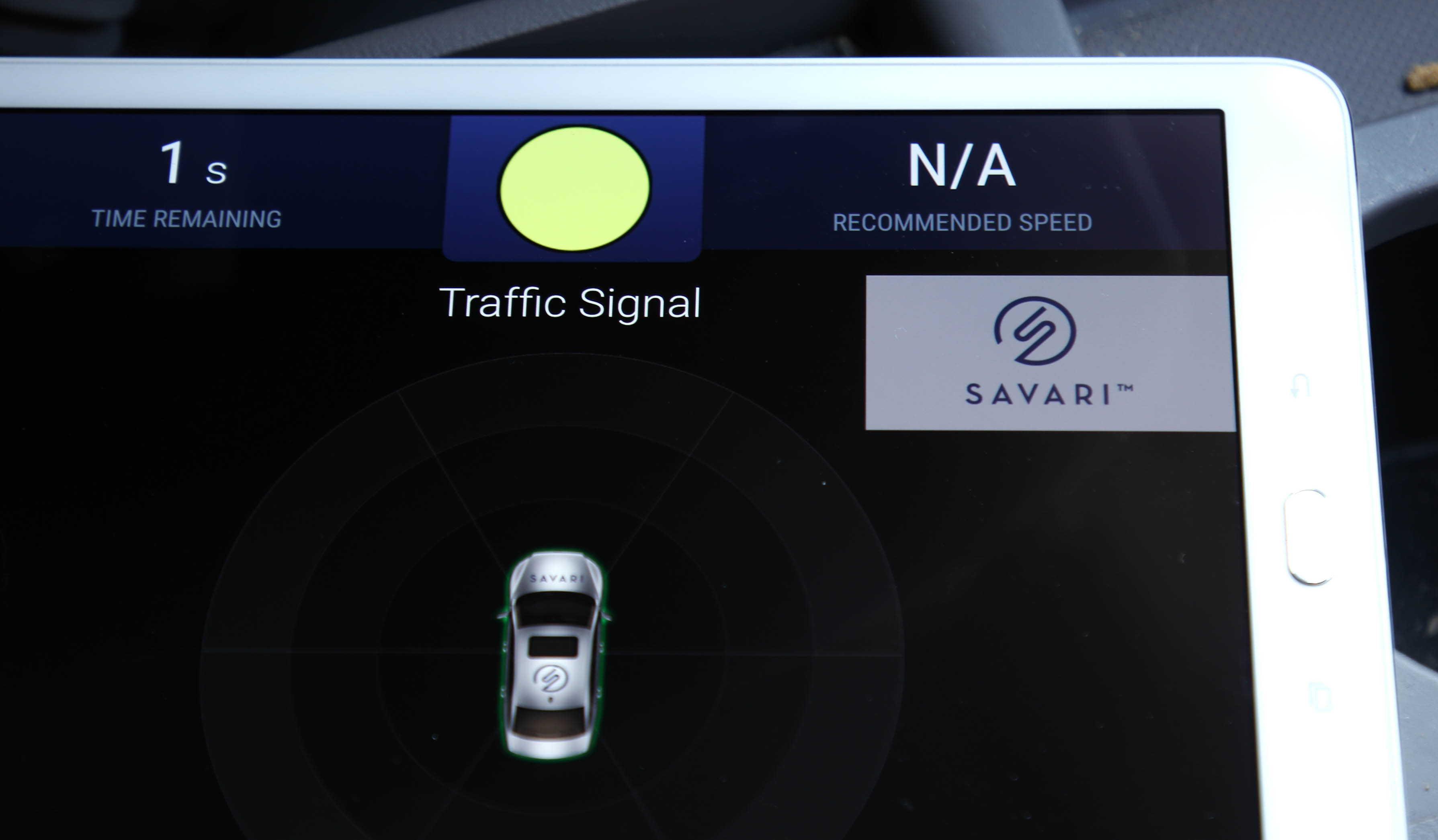 A connected technology application displays traffic signal information and speed recommendations on an on-board tablet as a driver pulls up to an intersection. The technology allows vehicles, traffic lights, crosswalks and other infrastructure to communicate, making the roads safer and smarter. 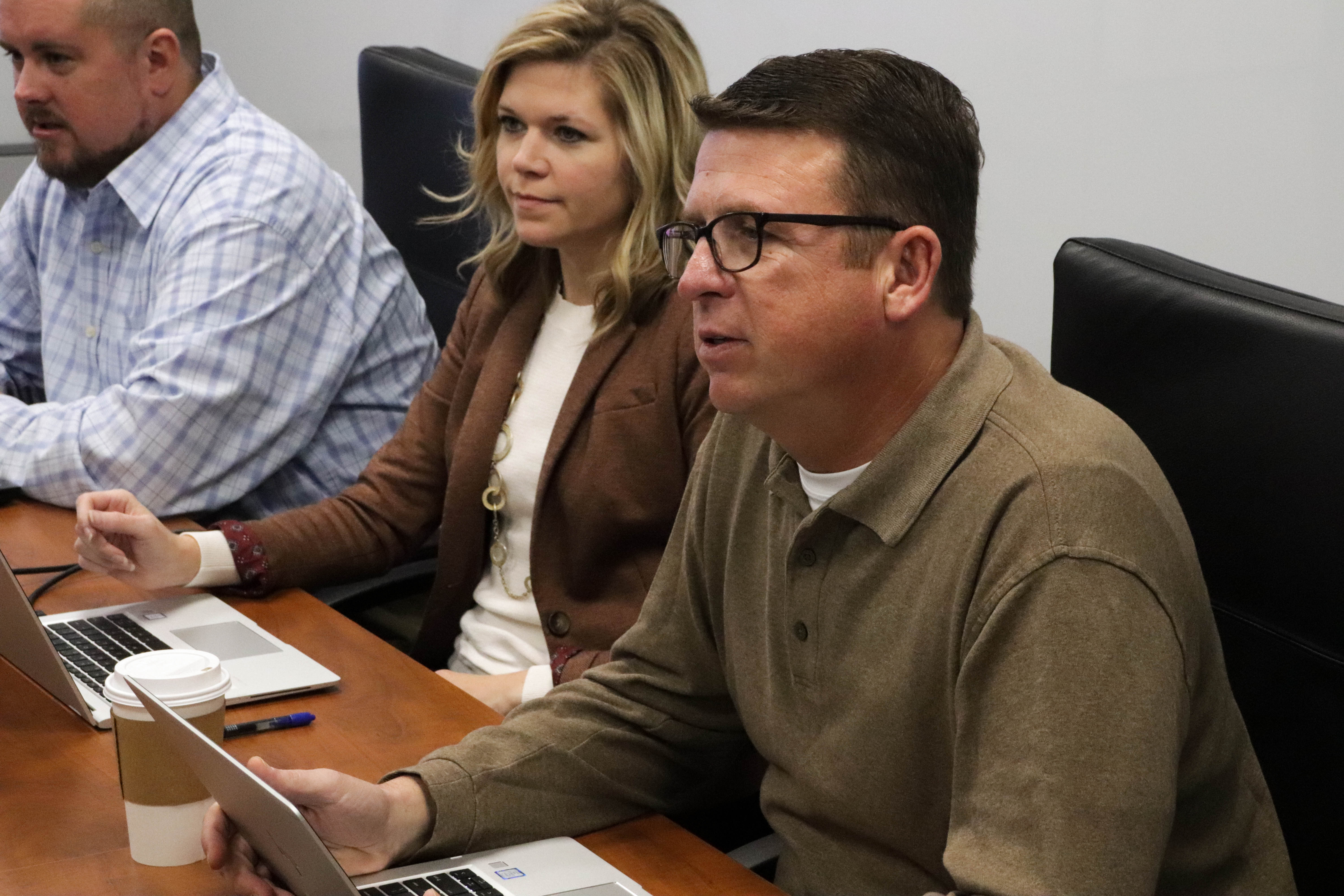 Executive director, Jim Barna, leads a team meeting for DriveOhio, a division of ODOT that is dedicated to the development and testing of smart mobility innovations. They’re conducting the largest-ever research study into connected vehicle technology, which will help shape the future of transportation nationwide.

Your file is downloading.